What Is a Blockchain Bridge and How Does it Work? 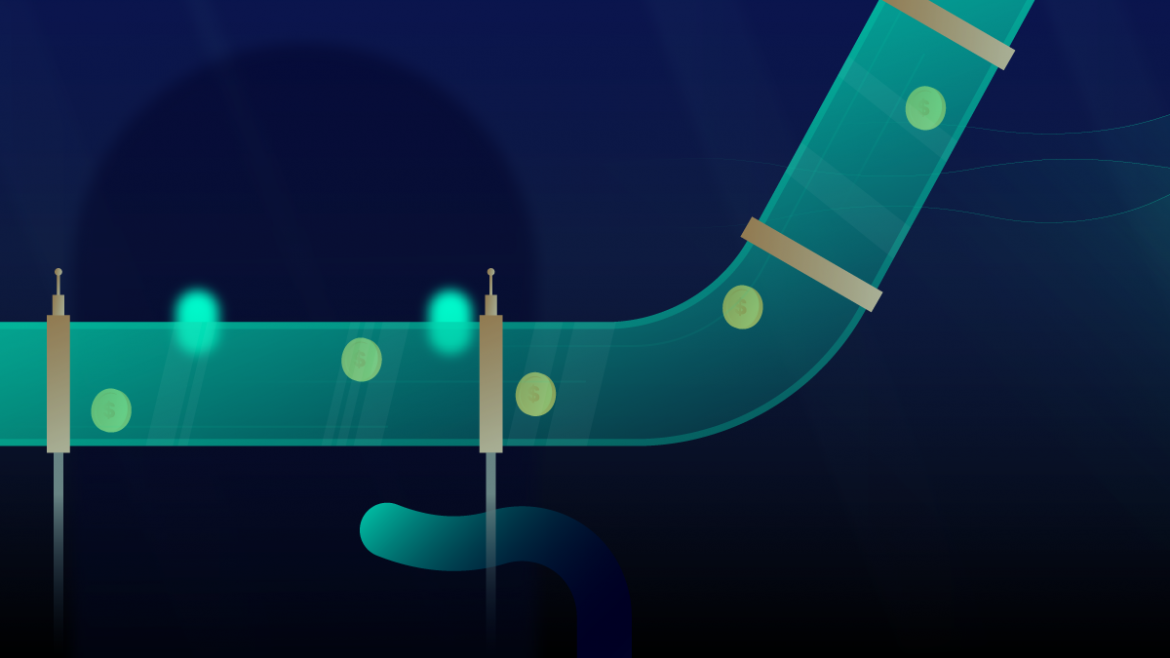 From the very beginning, one of the most significant problems of blockchain ecosystems was their mutual incompatibility. Choosing a particular blockchain as a platform for their application limited developers from the benefits of other, alternative protocols.

A prime example is Ethereum, which still faces serious scalability issues, resulting in huge fees even for small transactions. All developers and users on the Ethereum blockchain are forced to face these problems every time. However, the transition to faster and cheaper networks, such as Polkadot, Solana, or Tezos, threatens with the loss of a large, established community and infrastructure.

Such an obvious problem forced the community to work on solutions, and these solutions appeared quickly. In this article, you will learn how blockchain bridges work, which of them are the most popular at the moment, and what problems they solve.

When two parties that do not trust each other want to exchange assets, an intermediary will play the role of the trusting party that will ensure the security of the transaction. In centralized systems, the intermediary can be a broker, a cryptocurrency exchange, or any other trusted person. In decentralized protocols, this task relies on a self-executing smart contract.

A smart contract can work within the same blockchain, but if data is transferred between unrelated chains, this task becomes impossible. This is where blockchain bridges come in handy.

The basic definition of a blockchain or cross-chain bridge is a system that transfers information between two or more blockchains and between second-level scaling solutions (Arbitrum, Optimism). Information refers to assets, interactions with smart contracts, contract data, or their states. The most common model for such protocols is as follows:

The contract freezes or burns a set amount of assets on blockchain A and then releases them on blockchain B. The process of moving back is reversed.

Next, we will look at the features of different types of blockchain bridges that allow you to move liquidity and data between different blockchains that are initially incompatible.

Depending on the implementation and purpose, there are several main types of blockchain bridges. We will discuss them below.

For assets: A bridge that is created to move a specific asset from one network to another. Often these are protocols that “wrap” assets for use on another network. The wrapped token can be backed by the underlying custodial or non-custodial in terms of DeFi protocols. The most common bridges of this type are protocols that move different versions of Bitcoin to the Ethereum network. An example of such a bridge is wBTC. This type of bridge is the easiest to implement but is limited in its use and is only needed to move one asset.

For chains: Bridges that connect two different chains. They work on a similar principle to that for assets but allow you to “wrap” a greater number of tokens from the original blockchain into the new standard. An example of such a bridge is the Wrap Protocol, which wraps a number of Ethereum assets for use in the Tezos blockchain. Generally, the operation principle of such a bridge is to freeze assets on the underlying blockchain and issue wrapped tokens on the external blockchain. The reverse process burns the wrapped tokens and unfreezes the base ones. Oracles monitor the compliance of the operations.

For applications: Bridges that enable applications to run on multiple blockchains. They are usually limited to using a specific application and don’t move other data between chains. It’s easier for developers to implement additional blockchain support than to redo the contracts and the entire backend. An example of the use of such bridges is cross-network lending and exchange.

General-purpose: This type of protocol was also designed to move information between blockchains. However, almost all data can be moved through such bridges without any preliminary measures taken by developers. The highest degree of scalability is achieved with these blockchain bridges, but they are also the most difficult to implement and may have security issues. They can work with several blockchains at once. One of these is IBC – an interoperability protocol for communicating arbitrary data between arbitrary state machines.

Anyswap —  a cross-chain solution based on Fusion’s DCRM technology. Anyswap users can deposit any coin to the protocol, mint wrapped tokens, and swap assets from more than 20 blockchains.

cBridge — an L2 solution that uses smart contracts for cross-chain transactions. Allows you to move stablecoins and some tokens between Ethereum, BSC, HECO, and other ecosystems, as well as second-tier networks such as Arbitrum, Polygon, etc.

Ren — allows the wrapping of BTC, BCH, DOGE, and other tokens in the Ethereum, BSC, Polygon, Arbitrum blockchains, etc.

Wrap Protocol — acts as a decentralized bridge between the Ethereum and Tezos blockchains, allowing anyone to wrap ERC20 tokens in the FA2 standard.

Allbridge — a bridge between EVM compatible blockchains (e.g., Solana, Terra), as well as L2 blockchains. Allbridge supports native token transfers as well as the mint-and-burn method, which allows transferring millions of dollars at a time.

How to use it

Let’s look at the most common way to use a bridge to move tokens between blockchains. To use the protocol, you will often need to connect two wallets to it – the blockchain wallet in which you store the underlying asset as well as the blockchain wallet to which you want to transfer this asset. After you send the underlying asset to the protocol address, it will be frozen on the contract, and your second wallet address will receive the corresponding amount of the wrapped asset available for use in another ecosystem.

You can see more detailed instructions on how to use a cross-chain bridge in our Wrap Protocol overview.

Advantages and opportunities of cross-chain bridges

Separate blockchain ecosystems have their own unique advantages and merits that make them attractive to competitors. Some have more developed ecosystems, some have wider technical capabilities, and some have very cheap transactions. With bridges that move information, liquidity, and transactions between different chains, users can take advantage of different networks to greatly improve and expand their experiences. Some examples are:

And dozens, even hundreds, more scenarios that blur the boundaries between incompatible ecosystems.

Join our communities and follow us for more news and tutorials!

How to Create and Sell NFTs on Tezos: A Guide for Beginners