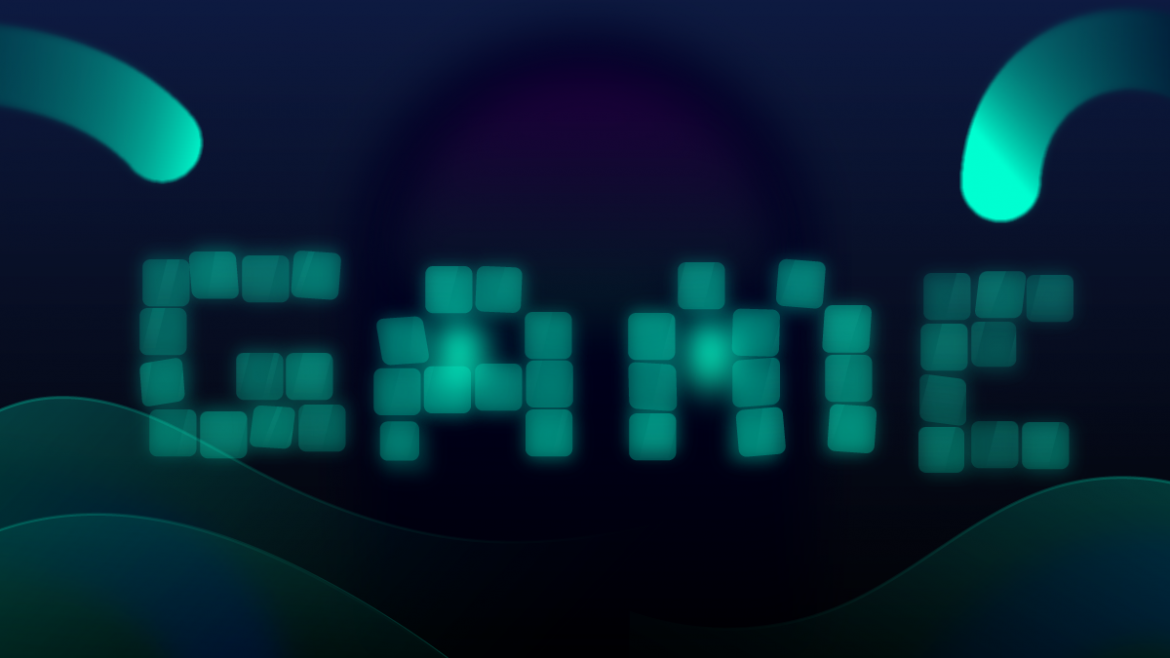 CryptoKitties, Axie Infinity, and MIR4 can be seen as the first signs of the global merging of NFT technologies with the gaming industry. People love to spend time playing games, and if these games also provide an opportunity to save game achievements on the blockchain, earn real or digital money from them, it sounds like a real win-win strategy, doesn’t it?

We’ve decided to tell you more about the popular blockchain games and gaming projects that exist on Tezos, a blockchain platform for decentralized applications. Another reason for our focus on the Tezos blockchain is the relationship between the Tezos community and NFT technologies.

Let’s start with the key question — what is the point of developing game projects on the Tezos blockchain? Here is a list of the main advantages:

These benefits make Tezos an interesting platform for launching gaming projects and further experiments in this direction. After all, this ecosystem is becoming the main platform for integrating blockchain technology into traditional games.

Games on the Tezos Blockchain

Tezotopia is an NFT game that allows players to earn from Yield Farming NFTs known as Tezotops or fight against other players to win loot boxes with various prizes, rare artifacts, and collectibles.

All valuable items, units, and plots are created in the form of NFTs, which are actively sold on the marketplace. In-game tokens can be staked to earn.

Two game scenarios are available to players: territory development or battles against other players (LANDLORD or WARLORD).

Tezotopia allows you to acquire and develop your own plots of land in a fictional universe. The player can mine 4 types of resources, such as:

These resources are needed to develop the land, improve buildings, and create combat mercenary robots. In battles, players will be able to earn resources, rare NFTs, and even Tezos.

To start the game, users will need a replenished Tezos wallet, which will allow them to purchase the starting game property on a large and active marketplace. In addition, everyone can try their luck to win plots in raffles that are available in the Raffletopia section.

Dogami is a collectible game on the Tezos blockchain that allows you to collect different breeds and types of animated dogs in the style of Marvel comics. The developers are planning 4 rarity types of NFTs: BRONZE, SILVER, GOLD, and DIAMOND.

“Petaverse” will allow players to train, customize, build traits, and compete in challenges to earn $DOGA, the game’s internal token.

In Q1 2022, they plan to list the $DOGA token and drop their NFTs (expected February 22). The gameplay will be available in the second quarter of this year.

Dogami has partnered with Ubisoft, Animoca, and The Sandbox. In addition, the gaming giant, Ubisoft, has invested $6 million in Dogami. The project community exceeds 60 thousand people.

Pixel Potus allows you to build your own collection of American presidents in the form of NFT tokens.

“Presidents” also have rarity levels which allow you to determine the value of the cards. Namely, there are 45 POTUS types with 6 different rarities. Less rare NFTs can be burned and converted into rarer ones. After 6 levels and several hundred burned cards, the user can get a President of the “Unique” level, which exists only in one copy. Every day, the user can claim a free NFT to collect rare cards over time.

20% of claim and upgrade fees are reserved in the treasury. Unique POTUS owners will each be allowed to claim a single 25% payout at any time until the final (45th) unique POTUS token is minted. The final POTUS owner will receive whatever is remaining in the treasury when they claim.

The project has its own utility token, which will be used to pay for in-game assets, perks, and services in upcoming projects. The gameplay will be implemented in the form of “debates” between the leaders of the American nation. Moreover, the developers are going to present both the campaign and PVP battles, as well as allow certain elements of the “presidents” to be customized. The core of the tokenomics will be the $PXL token.

So far, the project allows you to connect to the interface and claim NFT presidents through the Tezos wallet. In addition, thousands of cards are already available on the marketplaces.

Emergents is another Tezos card game developed by InterPop. This future game will be implemented in classic comic style, and the main characters will be superheroes with their own abilities and skills.

Villains and heroes from five different factions will fight on the streets of Culverton. The game is still in the early stages of development, and the team is invited to follow its progress on the official blog.

Play with Brio is a Solitaire square-off for Solitaire aficionados on the Tezos blockchain. They are also planning to launch other card and classic game disciplines soon. The developer of the gaming eSports skill-based platform is InterPop.

Solitaire and 21 Throwdown are currently available for single and competitive play, while games such as Yatzy, Sudoku, Bingo, and Mahjong are still in development.

The platform allows you to compete with other players and win crypto.

In addition to the games originally created on the Tezos blockchain, other major gaming companies have also joined the ecosystem.

At the end of 2021, Ubisoft, the developer, and publisher of well-known franchises such as Assassins Creed, Watch Dogs, Tom Clancy’s Ghost Recon, and many others, announced the creation of the Ubisoft Quartz platform for the exchange of NFT tokens, which will be implemented in some of the company’s games. Tezos was chosen as the blockchain base for these NFT tokens.

“Ubisoft believes that blockchain has the potential to bring new possibilities to players and developers alike, and this new collaboration will allow us to pursue our innovation efforts with an ecosystem that aligns with our environmental-friendly approach thanks to its proof-of-stake consensus algorithm.”

In November 2021, the Icelandic company CCP Games, which is known for its large-scale MMO in the space setting, EVE Online, announced the launch of its own NFT. During the XVII EVE Online Alliance Tournament 2021, “Kill Certificate NFTs” on the Tezos blockchain were distributed to users. These are collectible and commemorative items for the players that immortalize their participation in the tournament.

Usually, defeating a strong opponent is an achievement that many players share with their friends by posting screenshots and video clips. The release of NFTs brought the concept of “trophies for the winner” to a new level.

The Tezos ecosystem has made significant progress lately, especially in the NFT direction. Tezos became the official blockchain partner of Red Bull Racing Honda and McLaren. It also has NFT collaborations featuring superstar celebrities such as Doja Cat, and most recently, an Ecosystem Exhibition Series at Art Basel Miami Beach.

Now, gaming companies have also taken a closer look at this blockchain platform. This can be seen as a positive signal for the entire Tezos community as it opens the doors to gaming experiences and new play-to-earn opportunities.

What Is a Blockchain Bridge and How Does it Work?

What Is The Problem With NFTs in the...

Journey to Decentralized Autonomous Organizations Based on Blockchain...

Full Comparison of Different Crypto Wallets for the...