Decentralized File Sharing Platforms on the Blockchain and How They Work 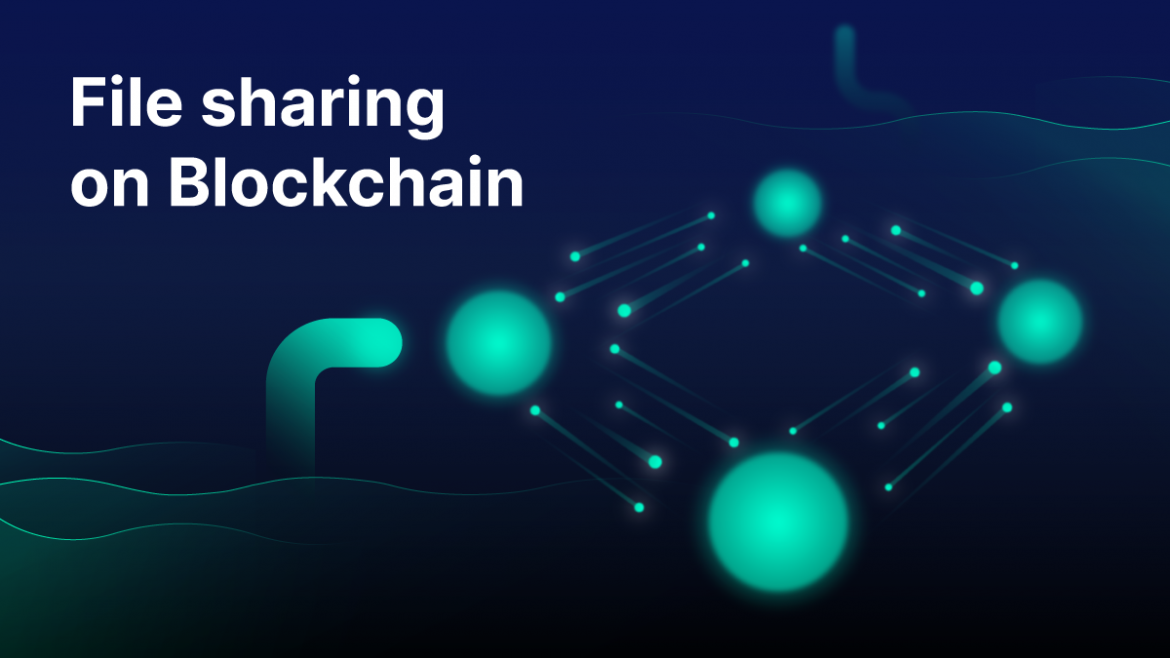 Decentralized file sharing is an alternative to the classic data transferring process across the internet via Hypertext Transfer Protocol, or HTTP. One example of such a data-sharing model is Torrent, which has experienced great popularity over the last two decades.

Despite a lot of benefits, such as fast speed, data availability, and load optimization, classical centralized (and even decentralized) file sharing has a number of disadvantages. First of all, it is subject to concerns over information security and host incentivization.

Using a blockchain to provide decentralized access to information (thereby avoiding third parties and centralized providers) can become a new era in the history of informational technologies and accelerate the Web 2 to Web 3 world transformation.

BitTorrent as the Main Ancestor

Decentralized file sharing implies storing and transferring content across multiple nodes in a network instead of using just one centralized server as in the classic Web networks’ model. Time has shown us that centralized providers or servers have started to crack under critical loads. These issues may lead to a situation in which access to required content becomes unavailable for all users. In addition, the content being shared from a single server is easy to censor, modify, or restrict access to through the decisions of authorities or capacity owners.

Back in 2001, Bram Cohen presented the first version of a peer-to-peer protocol and software named BitTorrent, which was created to simplify the transfer of huge amounts of data through the World Wide Web. One of its main aims was to decrease the load on the network, attracting peers (users who download content) into the sharing process. This decision became possible due to the segmenting of large files into smaller parts. Peers who already downloaded specific segments started to share it with other peers and so on. This enabled the load from the data’s initial source to decrease.

The torrenting model has become very popular and remains one of the leaders in large data transferral. However, since seeds (users who broadcast data) usually share content on a voluntary basis (without direct rewards), there has always been a risk of nodes stopping.

How Does Decentralized File Sharing Work?

Decentralized file-sharing models are fully implemented in peer-to-peer relationships between participants, unlike centralized client-server models. These distributed networks don’t store information in one place, instead the loaded data is stored across multiple node-participants.

Each file is divided into segments, and each segment has its own unique cryptographic hash. The segment hashes are concatenated into a parent hash, and when a user requests data, the network finds the node that holds the perfect match to the unique hash or hashes.

An important advantage of the peer-to-peer model is its “distribution” of the load in the network. Due to the fact that the same file (or its hash) is stored and relayed by multiple nodes, the network load remains balanced even in the face of a large number of requests. For example, if user_1 uploads a file from node_1, then user_2 will upload a file from node_2, and so on. The more branched and decentralized such a file-sharing network, the greater its speed capabilities and stability under high loads.

The second key feature of decentralized data networks relates to distributed storage services. This is the use of data encryption. Such services encrypt data and data segments before uploading them to distributed nodes using the user’s private key. This means that only the private key owner can access the decrypted information and nobody else.

Filecoin is similar to Dropbox but is powered by blockchain. Users submit data for storage in a decentralized network, and miners provide disk space receiving rewards in exchange. The amount of rewards is not fixed but is determined freely through competition between miners.

In addition, miners must perform several computationally intensive processes (called proofs) to prove to the network that they are storing the data they claim to be storing and that they’re doing so reliably over a period of time. The Filecoin network uses two proofs for verification. Proof-of-Replication proves that a miner stored information, and Proof-of-Spacetime proves the period of time over which information was stored.

This is a tokenized platform from BitTorrent creators that works on a similar principle. Instead of downloading a file from a single source, the user downloads data from several sources at the same time while simultaneously distributing data to other users and so on. The speed of the download increases as the number of peers in the swarm increases.

BitTorrent Speed uses the Bittorrent token to incentivize users to continue seeding files after downloading. Users requesting access to the files of other users pay BTT tokens to those who continue to distribute these files on the network.

Arweave aims to provide permanent storage. The protocol is based on technologies such as Blockweave, Succinct Random Proof of Access, Wildfire, and Blockshadows. Blockweave allows nodes to join the Arweave network immediately, without a waiting period. In addition, it is not necessary for a node to download and synchronize the entire blockchain. Succinct Proof of Random Access (SPoRA) is a unique type of consensus that creates a more decentralized and efficient blockweave by disincentivizing resource pooling among CPUs. Wildfire is a network of nodes that aids the rapid creation of blocks and distribution of data. It also helps to identify and eliminate providers of poor-quality service. Blockshadows reduce block sizes on the network, which greatly speeds up the network speed.

Sia is a decentralized storage platform that encrypts and distributes files over a global P2P network. Siacoin divides each uploaded file into 30 segments, which are then distributed to different hosts. However, thanks to Reed-Solomon erasure coding, just 10 of them will be enough to restore any file. Renters use Sia coins to purchase storage, and hosts use Sia coins as collateral for storing files.

The Interplanetary File System, or IPFS, is a distributed file storing system. When you add a file to the IPFS, your file is split into smaller chunks, cryptographically hashed, and given a unique content identifier. This CID acts as a permanent record of your file as it exists at that point in time. This is a CID record that is needed for nodes to find the specific file in the IPFS system. In addition, files stored in the IPFS are resistant to tampering and censorship — any changes to a file will not overwrite the original, and common chunks across files can be reused in order to minimize storage costs.

To provide fair rewards and transparent incentivization to users who are involved in the data sharing process, different rewards models were created, some of which was described below.

BitTorrent Speed allows users to pay seeders for faster download speeds, and Tribler uses “bandwidth tokens” in a similar way. On Upfiring, users pay to decrypt each file, and seeders are paid in proportion to how many others are sharing that file.

AVXChange, for example, will ensure that creators earn 60% of funds from each sale, while peers will share 39% of those funds. K.IM, meanwhile, pays creators 95% of each sale. This high amount is possible because K.IM will run its own distribution service, not a peer network.

Quality Magnet Coin (QMC), for instance, uses a blockchain as the basis of a torrent index. This index cannot be taken down or censored, and QMC is also planning to pay crypto tokens for fresh links. As authorities block and shut down instances of the site, new proxies and mirrors pop up in other places. The Pirate Bay might be able to endure this, but smaller sites might not be able to survive – and QMC could solve the problem.

What Are the Pros and Cons of Decentralized File Sharing?

The Temple and Everstake Partnership: Stand a Chance to Win 500 TEZ

Luck Favors The Persistent: The New Coinflip Game is Already Available on QuipuSwap