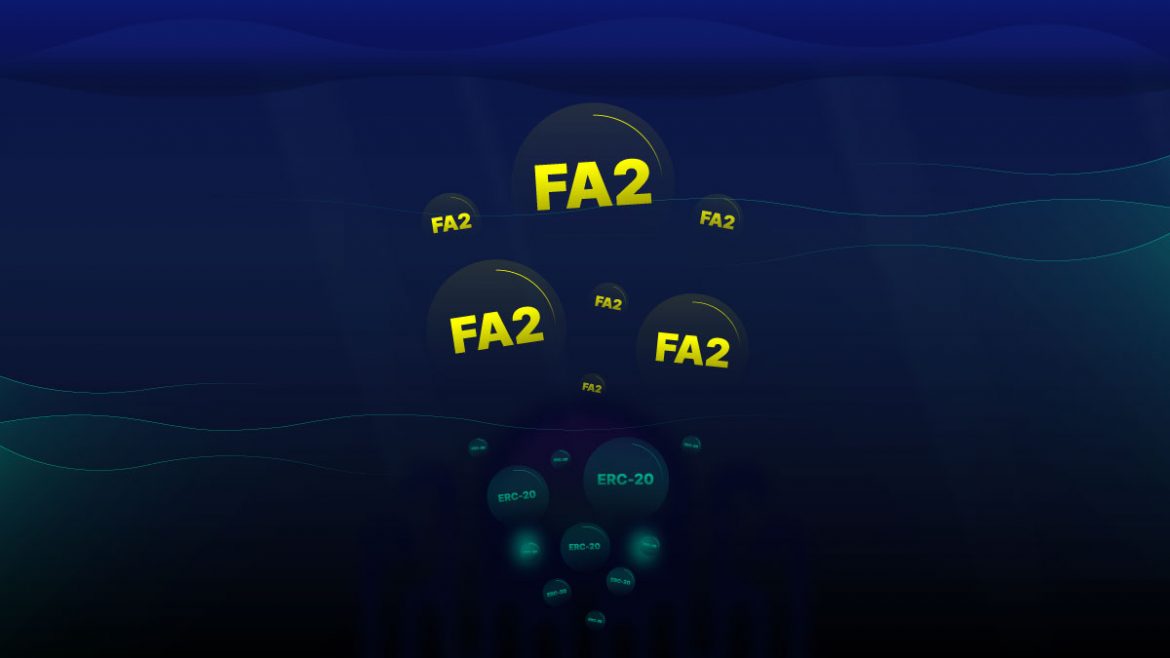 The Wrap Protocol acts as a decentralized bridge between the Ethereum and Tezos blockchains, allowing anyone to wrap ERC20 tokens in the FA2 standard. The need for such a tool arose in reaction to the growth and expansion of the Decentralized Finance market in the Tezos ecosystem. We will talk about this technology in more detail today.

In general, wrapped tokens represent a significant market share and primarily serve as a tool for liquidity migration between different blockchains. They can also be used for many other tasks. We will look at the reasons behind the emergence and popularity of wrapped token usage, provide an understanding of the technical and economic details of this idea, and mention the use cases.

Why does the market need wrapped tokens?

First, let’s look at the main mission of Tezos: in addition to crypto, Tezos is also a smart contract platform that aims to build, develop and operate decentralized applications (dApps).

However, early dApps suffered a significant lack of liquidity. This applied to DEXs as well as other areas of decentralized finance. Although the AMM (Automated Market Maker) protocol was a step towards solving the problems of long waiting times for order execution on decentralized exchanges, other dApps still needed more liquidity.

These problems were observed on the Ethereum network and even more so on networks like Tezos, the capitalizations of which are significantly inferior to Ethereum. A possible solution could be a free migration of liquidity between networks, cross-chain transactions that cannot be processed as easily as in centralized financial institutions.

One of the most convenient ways to move liquidity between blockchains is wrapping assets from one network to another. Tokens from one network must be locked into a smart contract in order to issue an equivalent amount of tokens on another network. To unlock the original asset, the issued (or “wrapped”) tokens on the second network need to be burned. This is how the Wrap Protocol works.

In summary, the calculations that are required to create or burn the wrapped assets include the following:

But who will be responsible for the integrity of the protocol and verify that the balances of the original and wrapped tokens are equivalent?

One of the implementation options is to involve a centralized custodian in the role of an oracle which will monitor the correspondence of locked assets in the mainchain with issued assets in the sidechain. This model is used in the successful WBTC (BTC on Ethereum) and USDC (USD on Ethereum) protocols.

What’s under the hood of Wrap Protocol?

The Wrap Protocol allows anyone to wrap ERC20 tokens on Ethereum into FA2 tokens on Tezos and use them in Tezos-native DeFi protocols. The integrity of the Wrap Protocol is controlled by an off-chain federation called Signers Quorum, which is responsible for ensuring that the issued FA2-wrapped tokens are fully compliant with the locked ERC20 tokens.

Signers of the Wrap Protocol Quorum need to run Tezos and Ethereum nodes. The Ethereum node allows them to verify deposit contracts and asset wrapping orders, and confirm requests for unwrapping FA2 tokens. The quorum members confirm the transactions by launching the MINT mode of the Minter Contract and burning tokens to unlock the assets on the deposit contract.

The original Quorum is made up of 5 signers, with a 3 of 5 governance. The founding signers are:

The Wrap Protocol is structured in the following way:

Below, we will take a closer look at each of the Wrap Protocol architecture components, as well as provide an explanation of how wrapping and unwrapping works.

A multisig contract called the “Deposit Contract”, managed by the Signer Quorum, allows users to lock ERC20 tokens for the further release of FA2 tokens on the Tezos blockchain, as well as unlock ERC20 tokens by returning an equivalent amount of wrapped tokens. The contract only works when signed by a majority of the Signers Quorum (3 of 5).

The multisig contract, the “Quorum Contract”, managed by the Signers Quorum, calls the mint method of the “Minter Contract” which provides all the wrapping logic on Tezos. The Minter Contract can issue or burn wrapped tokens on the Tezos blockchain.

The Fee Contract is responsible for wrapping and unwrapping fees that are sent directly from the wToken Contract, as well as for the allocation of fees based on a preset repartition – that the community of $WRAP (protocol token) holders will be able to change through voting.

Holders of the $WRAP governance token form a DAO, which can make decisions and change the rules of the protocol. For example, they can change the fees, change the distribution ratio, and vote for adding or removing tokens from the available in the protocol list.

A complete list of governance token holders’ rights is given below:

Over time, the number of distributed tokens will change in inverse proportion to the tokens already in circulation. The distribution of the entire emission of 100 million WRAP tokens will take about 7 years

Use cases of wrapped tokens

Ethereum wrapped tokens, which are created through the Wrap Protocol, are used to increase liquidity in the Tezos ecosystem. This is a general definition, but let’s see how it works in practice.

Wrapped tokens can be used for Yield Farming on Tezos Defi protocols. APY values (Annual Percentage Yield) differ depending on the selected asset and the selected protocol or liquidity pool.

For example, the decentralized exchange on the Tezos blockchain, QuipuSwap, supports pairs with several dozen wrapped tokens. This means that the user who owns the wrapped tokens available on the exchange can add them to the liquidity pool in a pair with XTZ and earn commission on their use by traders.

In addition to fees, the liquidity provider will receive LP tokens that confirm their share in the pool. LP token holders can participate in Liquidity Mining Programs on the Wrap Protocol website.

By blocking LP tokens on the staking contract, the user will receive rewards in the WRAP governance tokens.

The $WRAP token can also be used to generate revenue. The $WRAP token holder can participate in fees farming, which is available on this page on the Wrap Protocol website.

By staking their $WRAP tokens on available wrapped farms, holders receive fees from wrapping and unwrapping selected tokens through the protocol.

Recently, the demand for wrapped Ethereum tokens has grown significantly. This is confirmed by the numbers: on the QuipuSwap DEX, the liquidity of wrapped tokens exceeds $ 2.5 million and continues to increase. With the launch of new decentralized exchanges, lending protocols, and other dAPPs that require liquidity in the Tezos ecosystem, more and more people will be transferring liquidity from the Ethereum network, and then possibly from other blockchains to Tezos, using the Wrap Protocol.

Kolibri: The algorithmic stablecoin on the Tezos blockchain