Journey to Decentralized Autonomous Organizations Based on Blockchain Technology 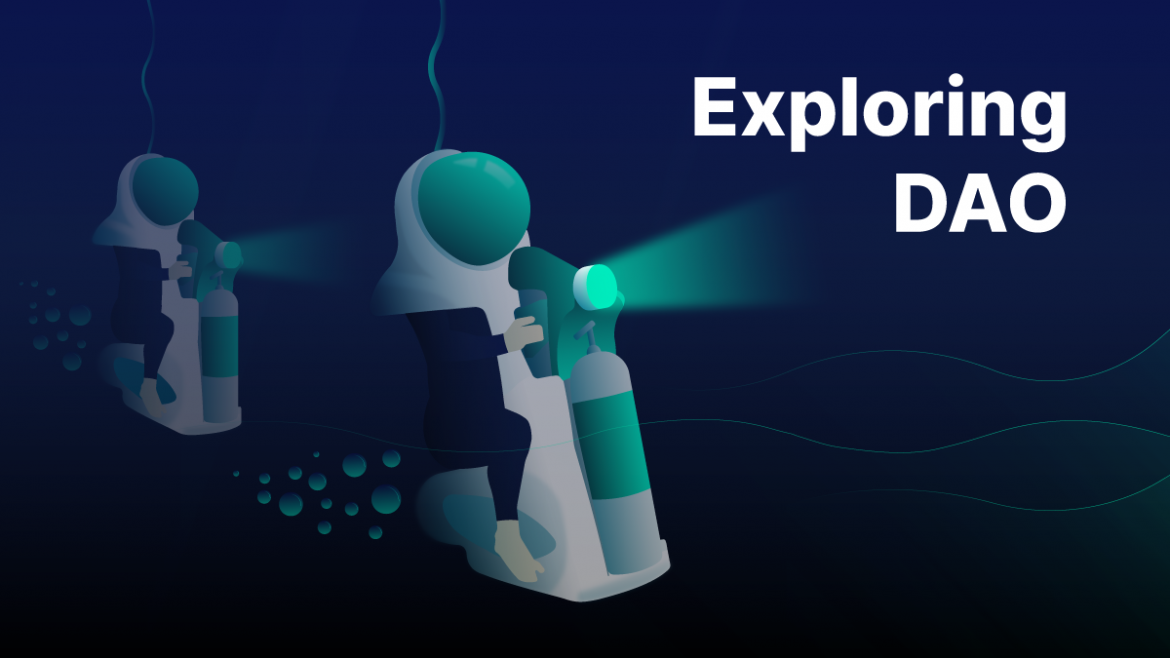 A significant advantage of cryptocurrency and blockchain technologies is their decentralization. Simply put, there is a lack of control on the part of the unitary center, but the management comes from equal and independent participants.

In blockchain networks, this role is played by nodes. They are involved in verifying transactions and approving the chain history according to previously established rules, thus reaching a consensus with other participants in the process.

In decentralized organizations, each member influences the decisions of the community. This approach solves the problems of corruption, biased decisions, and abuse of power, which are often found in classical, hierarchical organizations.

The emergence of DAOs on the Blockchain

This idea has successfully been applied as a model for managing organizations. In 2016, a group of developers from the Ethereum community proposed using the principles of decentralization in governance. This is how The DAO project emerged — the first of its kind in the crypto space. The developers managed to attract 12.7M ETH (more than $150 million at the time), setting a new record in crowdfunding. In exchange for the ETH provided to the smart contract, users received a governance token, DAO, the ownership of which gave them the right to influence the community’s decisions.

In fact, The DAO acted as a form of venture capital fund. It was a platform where everyone could present their projects and receive funding for their development based on the results of the voting. The huge success and attention to the organization’s new idea attracted hackers. In 2017 attackers managed to steal more than 3.6 million ETH by exploiting a coding loophole. Further delisting of The DAO from the Poloniex and Kraken exchanges, as well as the US SEC’s resolution on the definition of DAO tokens as securities, put an end to the project. However, this did not stop the dawn of a new movement — decentralized autonomous organizations on the blockchain.

While there are still many unresolved legal, security, and operational issues, many analysts and investors believe that this type of organization will continue to evolve, perhaps even replacing traditional business management models.

The DAO serves as a management model in companies or organizations where the rules of operation and decision-making are implemented using open-source smart contracts. Smart contracts execute code when predefined conditions known to all members of the community are met.

By owning the organization’s cryptocurrency and sending it to a smart contract for voting, users get the opportunity to choose proposals. Acceptance of the proposal does not require key decisions to be made by the center but occurs autonomously in accordance with the rules of the contracts.

There is no hierarchy in decentralized autonomous organizations, and the weight of each participant’s vote is determined by their share of the total weight of voters. Voting is usually rewarded with cryptocurrency tokens, which encourages DAO members to actively make decisions on certain proposals.

Developers have even created ready-made solutions for launching new DAOs, with universal smart contracts and other tools that allow anyone to create a decentralized organization without strong technical skills.

Currently, there is over $10 billion under the management of hundreds of DAO and DAO-like organizations, especially considering the various on-chain DeFi protocols. In general, there are 7 main types of DAOs, which vary depending on the goals that the organizations aim to meet.

Although the first decentralized autonomous organizations appeared on the Ethereum blockchain, in a short period of time, this governance model has spread to the projects from most blockchain platforms, including Tezos.

Tezos itself is also decentralized and autonomous, with the community making decisions about updates and improvements of the protocol. The community “votes” with their TEZ for validators who are involved in maintaining the current state of the network and confirming transactions.

Several large Decentralized Autonomous Organizations, as well as tools for creating such solutions, already exist on the Tezos blockchain. We will discuss these below.

Kolibri DAO is a community-driven Stablecoin issuance platform on Tezos. The protocol is overseen by a smart contract, which is backed by its own FA1.2 governance token – kDAO. The Kolibri DAO allows kDAO holders to propose and vote on current proposals governing the Kolibri protocol.

Staker DAO is a protocol whose community makes governance decisions for building cross-chain, decentralized financial assets. The solutions of StakerDAO participants are aimed at improving the technical capabilities of the Tezos ecosystem projects and other chains, as well as moving liquidity between blockchains.

It has recently been reported that the largest NFT Market on the Tezos blockchain, Hic et Nunc, which stopped working in mid-November 2021, may return as a community-driven DAO since the founder of the project finished working on it and left the project to enthusiasts.

There are also several solutions on the Tezos blockchain that allow people without strong technical skills to create new DAOs.

Base DAO is a smart contract framework for creating DAOs on Tezos that has established protocol rules, participant capabilities, and a governance model.

Homebase is a user interface for simplifying the creation of DAOs on the BaseDAO framework that can interoperate with existing DeFi protocols.

Treasury DAO provides members with the ability to control the shared pool and vote on transactions that the organization will then execute. Funding directions in the Treasury can refer to development infrastructure or individual projects with their own investment pool and open-source code.

DAO is not an ideal solution. Although it is implemented on the blockchain, it is still not free from human influence. As practice shows, decentralized autonomous organizations can suffer from the following problems:

The MIT Technology Review only confirms all of these shortcomings, adding that trusting financial management to the public is generally a bad idea and will get you nowhere.

However, decentralized autonomous organizations continue to emerge and develop. Some of them turn out to be effective, while on the contrary, some suffer from all the disadvantages described above. Despite this, the DAO is developing many fresh ideas that can be applied to other sectors in the process of decentralizing governance models.