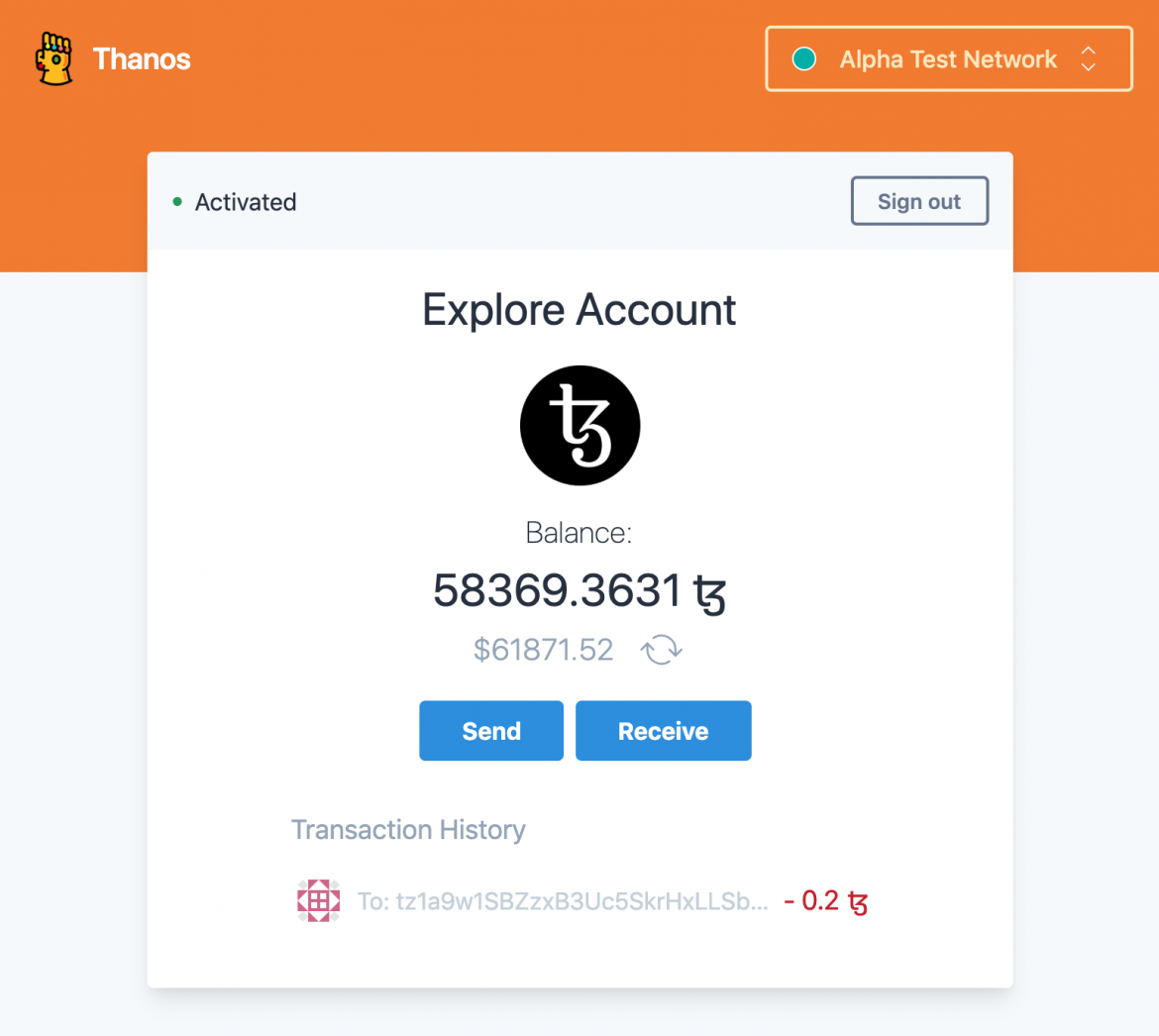 Thanos wallet is yet another project we are actively developing at Madfish. The idea of this wallet came to our minds back at the EETH hackathon held in Kyiv in Fall, 2019. The goal was to build a Chrome extension-based wallet with the ability to call smart contracts right from the DApp webpages similar to the way it’s implemented in Metamask for Ethereum. Our key priority was to create a wallet with a great UI and UX so that our users can intuitively understand what’s going on their screens 🙂

Our Thanos team consists of 2 TypeScript/JavaScript developers who have more than 4-year experience in back-end and front-end programming with a few different cryptocurrency projects on each side. After 48 hours of hard work, we came up with a fully working wallet built with TypeScript and React that was able to:
— Show a list of transactions and account balance
— Send and receive transactions
— Support importing/exporting of accounts
— Run as a browser extension

As a result, we took 3rd place and won a prize of $2000. Right after that, we thought: why not continue this project after the hackathon? The jury and we really liked the developed solution, so we applied for Tezos Ecosystem Grants and… Tezos Foundation awarded us a grant to support the development process!

The current version is almost the same as we had after the Hackathon. However, it was migrated from ConseilJS to a newer library called Taquito. Taquito has a handy promise-based API for interoperations with Tezos blockchain nodes speeding up the development a lot.

Our further mission is to create a simple, cute-looking browser extension with accessibility-first attitude, that supports:

We will be posting regular updates to file our progress here on Medium and our Twitter Account.