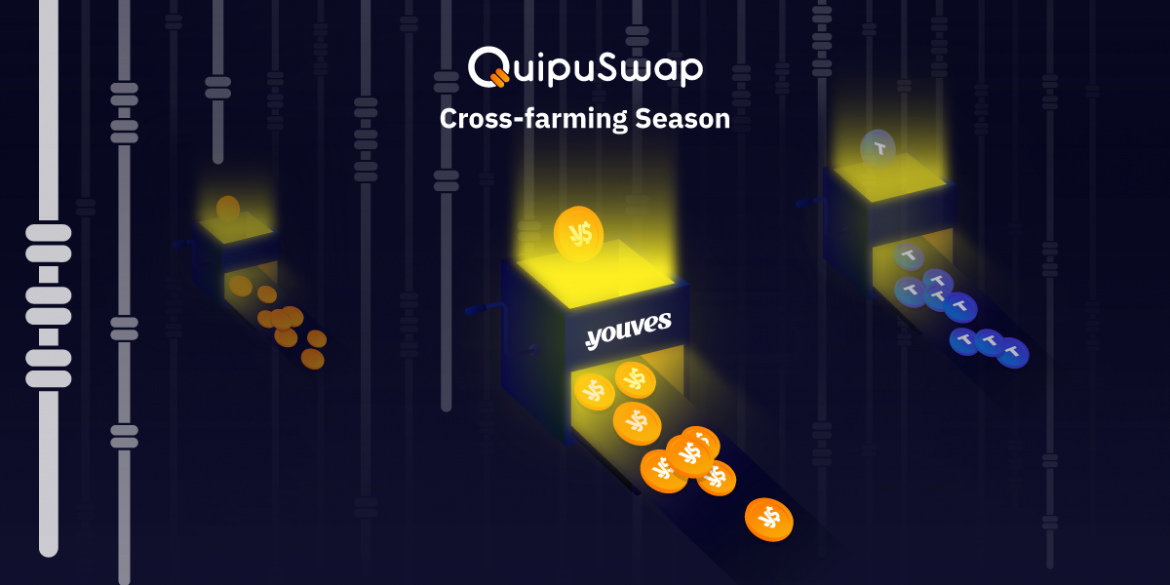 Launched on March 30, QuipuSwap farms have been developed during the following months and continue to evolve. We launched new cross-farming collaborations, increased farms’ APY, and made other improvements that we’ll share with you in this article.

QuipuSwap launched two new farms in collaboration with youves. uUSD / TEZ and uUSD / QUIPU farming pools are available for users on QuipuSwap and youves platforms. These farms will last for four months (until August 2nd, 2022). APY varies from 16% to 156%.

Participants receive rewards with QUIPU and YOU tokens on the respective platforms.

QuipuSwap also launched a new farming partnership with Tezotopia — one of the most popular Tezos game-fi projects. As part of the partnership, 9 different farms with Tezotopia tokens appeared on QuipuSwap’s farming section. Among them:

In addition to cross-farming opportunities, we’ve added other important changes and fixes, which include UI/UX improvements, and changes in the rewards coefficient. Our first farms with timelock got an x2 rewards increase, while the first farms without a lock got an x1.5.

Learn everything you need to know to start farming in our three minutes video tutorial and stay up to date with the latest QuipuSwap news in our Telegram and Discord communities.

Yupana.Finance: the first Tezos lending protocol is on the Testnet now